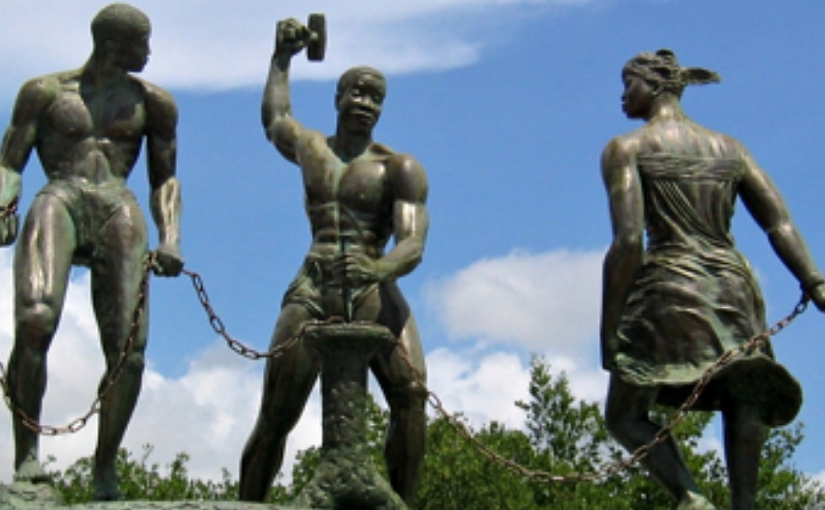 Since writing about the Kamloops Residential School news and the whole issue of misguided leadership of church and state, I came across a news piece written by Reinder Smith a journalist (verslaggever) with RTV Noord. (a TV radio station in the province of Groningen, The Netherlands) He writes about an anniversary and a ship called ‘De Leusden’.

‘De Leusden’, a ship in which the City of Groningen, The Netherlands and the local Chamber of Commerce had a 1/9th ownership, sailed with the fleet of ships that the Dutch commercial traders had setup in 1621 known as the ‘De West-Indische Compagnie (WIC). This company profited much from the slave-trade-commerce, so prevalent in 1600s to early 1800s. This year (2021) will be the 400th Anniversary since that inaugural beginning. Reinder Smith remarks that he had not noticed any references to this 400th event in the present local news. Perhaps that is due to all the thoughts, questions and negative re-actions that we have noted (some call it our ‘woke’) in the last year or so about remembering and honoring historic figures and events. (Think statues, names on buildings, sport clubs and educational centers etc.)

‘De Leusden’ sailed for the Gold Coast (Ghana) to the fort called ‘Le Mina’ (built by the Portugese in 1482) on March 1, 1737 from the island Texel to facilitate the transport of persons (read – slaves) from there to the Dutch colony of Suriname (Paramaribo) to be sold for do slave-work on the sugar plantations. The sugar plantations were very prosperous for the Dutch. (see – ‘Hoe duur was de suiker’ – a book in Dutch by Cynthia McLeod and produced as a movie in 2013)

On November 19,1737 at ‘Le Mina’, they loaded onboard; 680 slave prison persons, a substantial load, thus promising great profitability even though the records of other slavery trade transports indicated that many would not survive the voyage across the Atlantic. (on a previous voyage ‘De Leusden’ had taken in 687 slaves and only 280 reached Suriname alive)

As the ship approached land, on January 1, 1738, the weather turned bad and Outtjes, the captain, sailed up the wrong river, the un-navigable Marowijne river instead of the usual Suriname river, causing the ship to hit a sandbank, flounder and capsize. The crew then proceeded to nail shut all the exits to the hold were the 680 slaves were housed, less the crew be in danger of being over-run, as space on the life boats were sufficient for the 73 sailors only.

The 664 persons in the hold of the ship died a terrible cruel death. There were 16 slaves that survived as they happened to be on deck when the ship sank and these were sold in Paramaribo (Suriname’s capital) for 4,140 guilders.

A trunk containing 23 kilos of gold however was rescued from the ship before it sank. The gold rescuers insisted they be paid for its salvage, which they eventually received.

Leo Balai‘s book – ‘Slave Ship Leusden: A Story of Mutiny, Shipwreck and Murder’ published in 2014 has pulled this story out of the forgotten history of The Netherlands.

At the time of the tragedy there is a record of letters concerning payment for the gold salvage, but shockingly no words or indications of regret and sorrow over the lives of 664 persons who died and drowned mercilessly on the ‘De Leusden’s’ final voyage. This was the worst loss of lives for a sea-ship tragedy in the history of seafaring for The Netherlands.

For sometime after there were conversations about raising a monument on the bank of the Marwijne river commemorating this event, however the project just faded away.

Where are we today? We have shut the door on many of these historic instances, trying hard to forget?, all these lessons we should have learned from. Many wrongs have been instigated by our collective ‘I think its OK’ culture, but on closer examination lacked any kind of compassion, justice or peace.

Think about it! Do something about it! Be part of the solution! To those who are able: Can you at least apologize and say ‘you are sorry?’

“We call on all governments (individuals and persons) to do public justice and to protect the rights and freedoms of individuals, groups, and institutions so that each may do their tasks.
We urge governments and pledge ourselves to safeguard children and the elderly
from abuse and exploitation, to bring justice to the poor and oppressed,
and to promote the freedom to speak, work, worship, and associate.”

Picture taken from: Loopnews Emancipation Monuments of the Caribbean

Retired; Octogenarian; Opa and husband; interested in celebrating/contributing to the blessings we have as Christians in Canada's fair land. View all posts by Opa JanS